Quantum physics has been the most revolutionary theory in the 20th century. It characterizes physical properties of nature at the scale of atoms and subatomic particles, like electrons or photons. Years of developing quantum theory have brought unprecedented new laws and methods that left a significant impact to other disciplines today. One of them is quantum computation, a subdiscipline of the broader quantum information theory. Quantum computation is performed on quantum computers, which have advantages over classical computers over certain problems.

On the other hand, we have supply chain management, which can be visualized as a complex network of various elements that constantly interact with each other. This complexity can make decision-making and outcomes uncertain and unpredictable. Advanced analytics helps address this. Successful supply chain management depends on analyzing enormous amounts of real-time data to meet customer expectations and minimize costs, to name a few. Companies need to adapt to new, emerging, and cutting-edge technologies, and this can include quantum computation, which falls under quantum technology.

While quantum revolution is only emerging, there’s already a great surge of interest in applying the technology in business. A recent IDC study, for instance, see relevant use cases in at least 11 verticals, including chemical and petroleum, distribution and logistics, financial services, healthcare and life sciences, manufacturing, transportation, and utilities. The market for quantum computing as a service, too, is projected to reach US$4 billion by 2025 and US$26 billion by 2030.

The holy grail of quantum computing nowadays is to build a quantum computer able to achieve “quantum supremacy.” It means a quantum computer solving practical problems faster than known classical algorithms can, even when powered by supercomputers. In supply chain management, this means using quantum computers to make more complex analytic models that are more responsive due to shorter computation time.

Numerous companies already created their first proofs of concept (PoCs) of real-life cases solved with quantum computers, some of which I explore further here.

The power behind quantum computing is derived from properties of quantum mechanics and its nondeterministic nature, including:

With superposition, interference, and entanglement, quantum computers can outperform any classical computer. This is theoretically demonstrated by algorithms like Shor’s algorithm for factoring large numbers as well as Grover’s algorithm for searching in unordered dataset.

Use cases of quantum computing in the supply chain

Researchers came up with several examples of algorithms and methods and put them into practice. One of them is quantum approximate optimization algorithm (QAOA), which can be applied for combinatorial optimization problems that are common in supply chain management. Some well-known examples of these problems are “minimum spanning trees” and “travelling salesman problem,” which decision-makers typically encounter in transportation networks.

The main concept of QAOA is to transform the problem statement into a language of quantum mechanics — into functions called Hamiltonians. The optimization problem is then encoded such that the minimum energy state is the optimal solution. QAOA can be implemented on near-term quantum computers, which has drawn the attention of many researchers and business executives.

Another well-known method is quantum annealing, which is closely related to adiabatic quantum computation that’s similar to QAOA. In physics, there’s a fundamental rule where everything tends to seek a minimum energy state. This is the principle behind quantum annealing. Using this approach, the so-called energy landscape — a set of all possible states — is changed so that a certain state will represent the optimal value after the whole process is completed. Quantum annealing changes the path of the energy state rather than the energy state itself.

Quantum optimization is one of the most rapidly improving domains of quantum computation. Both the academe and business world see a great potential in it, as demonstrated by the investments they’ve made and the increase of companies offering quantum technology-based services worldwide.

Many are already building their first PoC solutions. Car manufacturers like the BMW Group, for instance, used recursive QAOA to manage the “partition problem,” which is typical in various supply chain optimization problems. The results were comparable to a classical heuristic algorithm, Kamarkar-Karp, which addresses the bin packing problem (i.e., packing items with different sizes into bins with identical capacity).

Meanwhile, Volkswagen used a quantum-based approach to demonstrate a successful method of finding an optimal route through the streets of Lisbon in real time based on traffic conditions. A different optimization traffic problem was also tackled by Toyota Central R&D Labs. Toyota’s division came up with the method of optimizing congestion in traffic flow by controlling the signal system. Coca-Cola Bottlers Japan Inc., too, used quantum computing to optimize their logistics network of distribution containing over 700,000 vending machines. ExxonMobil also explored quantum algorithms, allowing for more complex models with more accurate solutions to solve routing formulations at sea.

There’s also growing interest in discovering new approaches to connect quantum information with machine learning — also known as quantum machine learning. A classical algorithm, gradient descent, plays an enormous role in machine learning and has its own quantum equivalent. The optimization based on quantum gradient computation demonstrates a quadratic speed-up for multidimensional nonlinear functions. The main two components that give advantage to the quantum equivalent are the Bernstein-Vazarani algorithm and the quantum Fourier transform. Moreover, the logic behind the quantum gradient descent algorithm can be applied to improve different convex optimization techniques.

Support vector machines (SVMs) are popular classical classification algorithms for categorizing unlabeled data. The SVM was developed over two decades ago and is one of the most robust prediction methods with a great range of industry application. Researchers are currently improving its quantum equivalent.

Quantum machine learning has many other applications such as quantum cluster finding, a quantum algorithm based on nearest-neighbor algorithm. This not only can be applied to supply chain management but also in the financial sector. There’s also quantum principal component analysis (PCA), which has been used to identify optimal locations for food distribution, and quantum deep learning, which was previously explored by researchers to help in optimizing fleet operations.

Preparing for a quantum-ready supply chain

Logistics and supply chain management solutions based on quantum computation will increase over the next few years. While they’re not yet mature enough to outperform or outdo the solutions we use today, quantum computers will continue to evolve. The accessibility and availability of a true, powerful quantum computer will ignite the dynamical shift for quantum-powered solutions. Many Fortune 500 companies understand the upcoming shift and are consciously starting to become quantum-ready. Microsoft, for instance, created an ecosystem to create quantum-based solutions on a diverse selection of today’s quantum hardware, called Quantum Azure. It ensures an open and flexible path to quantum computing as well as access to one of the most advanced quantum computers on the market.

Lingaro, as a Microsoft Azure partner, constantly explores, tests, and adopts cutting-edge technologies to help businesses unlock the full potential of their data. Lingaro’s supply chain analytics practice, for instance, builds a suite of tools powered by advanced analytics that allow businesses to adapt to rapid changes in their industry. This includes purpose-led and data-driven reporting capabilities that help optimize the business’s flow of people, goods, services, and process across the supply chain. A warehouse manager plays a crucial and highly... 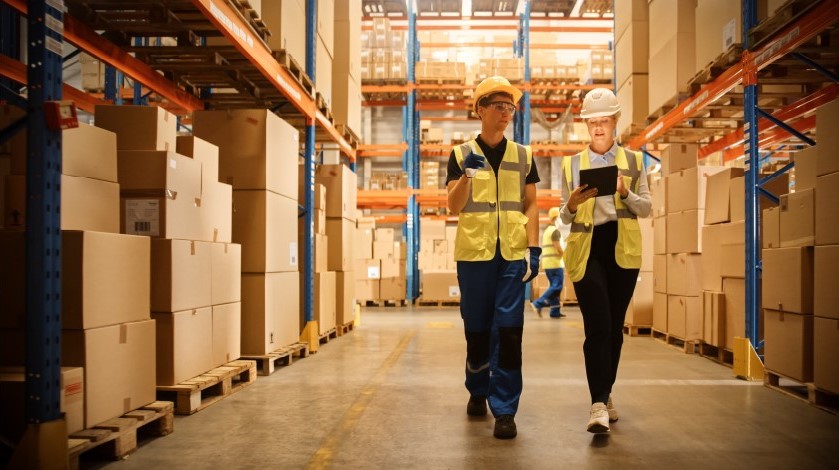 An operating warehouse is a treasure chest filled... 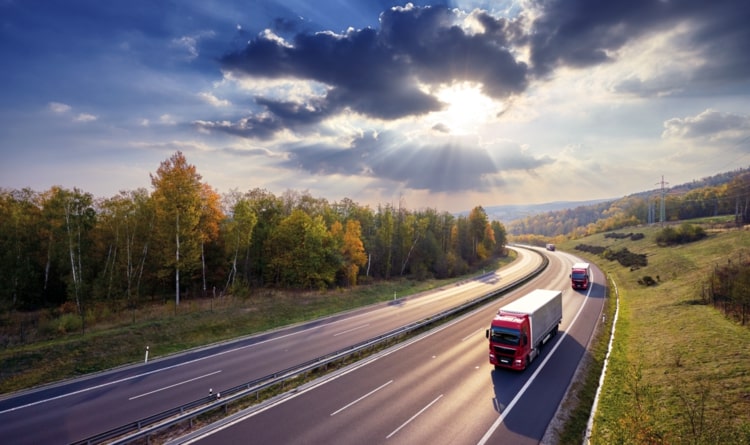 “How can analytics be used to facilitate decision...